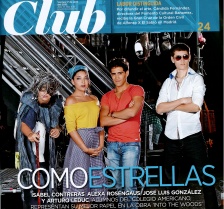 Moments can be simply just that – a fairy tale – fleeting and all too fast, yet the flip side to moments are this – they hold so many valuable and memorable aspects of life – that each one is precious.  Into the Woods take three (counting the pre-show) was just that – something that truly, fairly tales are made of.

Sitting in the front with Slippery Rock students was a piece of my past that I was lucky enough to indulge in and revisit –  thanks to the information of what “the Rock” is like now and the past rushing back in – amid some amazing students from SRU that just arrived this week for student teaching.

I could think of no place I’d rather be than Into the Woods and celebrating the present, while being able to recall my past at the same time.  In addition to this, on stage there are certain moments – no matter if you have seen this ASF production once or every night – that will never fail to leave their footprint on your memory.  As soon as the musical score No One is Alone kicks in, the onrush of emotions make your way from your heart, to the tears that form – due to all the fairy-tale-ness represented in our own past present, and future.  The very essence of what has made up our past, and helping to define our future, plays out in front of you while the same does so in the attending members hearts.

Yes, this might be a fairy tale with so many elements mixed together, yet one thing is for certain.  The emotions, experiences, as well as commitment played out in the plot of Into the Woods is the very same commitment, endurance, and belief that all things will work out, with the help of those that surround you.  It is so incredibly easy to forget the contributions of The Tech Club under the stage direction of Patricia, as well as the lighting involving the direction of Jose Fernando,  the coordination of the set to continue to surprise and reel you in thanks to the insights of Javier and Emilio, the amazing details spent on the costumes (from the witch down to the prince) from Giovana and Juan, the even more fine detail that entail the makeup, not appreciated until afar under direct light thanks to Paloma, as well as the ability of the director Alvaro Cerino to put so much into the set and then be able give so much creativity take hold among the cast and those behind the scenes.

Yet, taking for granted the ASF Board and the parents, who effortlessly operate the tables, manage the lobby with Chief House Manager Enrique, then moving to the frantic back and forth actions of stage and public needs with the assistance of Renata, Su Ji, Carlos, Sebastian, Regina, Mateo, Javier, Isabel, Emilio, Alejandra (and who all become an actual part of the play too!) – enhancing the whole production with music thanks to Jeronimo, Mr. McCabe and many more to come that truly, when put together – a masterpiece becomes a fairy tale, becomes a reality.

How about seeing as a building coordinator with Teruhi Yshioka and technical director Hugo Cabrera, Music Director Rob McCabe, General Director Rosanna Cesarman, and Performing Arts Coordinator Dr. Lawrence,  see the growth of so many students, (behind the stage and on) with so many productions, and then witness the renewal that comes with new faces and new years,  as those that have become part of the history of the FAC moving on?  Yes, there are certainly fairy tales interspersed among real life every step of the way, and I do believe it takes the individual willing to set him or herself aside to let those around them experience it even more, and fortunately, the whole team responsible for Into the Woods has done just that.

Letting go has always been the hardest part to becoming so close, as hard as the days when the set takes place and begins to form – and yes, those that play a major role for it all behind the action feel it perhaps even more directly as those days slip by as in a dream.  Yet, when you have a cast that appreciates these elements that tie everything together, you certainly do receive a fairy tale that ties everything together – and so much more for the audience.  With two days left, and time running out for you to grasp onto such a powerful experience, you will walk through the doors of the Fine Arts Center with an expectation, and exit with in a state of surprise that will root inside convincing you, what seem to be fairy tales can in fact come true with the right amount of reality.  Come see Into the Woods before you let that reality slip away.