Seriously, I even researched it  – before leaving for New York – and was PUMPED after realized it did not exist in Mexico, believe me..I asked…

FOUR different Mcdonald’s in Mexico for the Shamrock Shake, nada, they looked at me like I was crazy and I had to settle for a Oreo Blend shake.

Imagine how disappointed I was when I got to New York, MARCH 19, TWO DAYS after St. Patrick’s, and went to four different locations, and no, one, I mean NO ONE, had the Shamrock Shake.  It was freaking travesty. 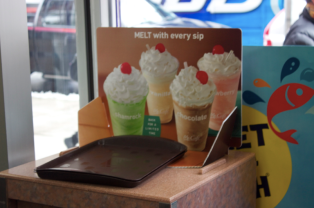 Heck, even one McDonald’s had the sign up FOR the Shamrock Shake, yet no shake there at all.  Nothing.  I was so upset, so I did come close, at Mel’s Burger’s I ordered a Mint Chocolate Chip shake, it was DELICIOUS, but it was no Shamrock Shake.

Seriously?  TWO DAYS after St. Patrick’s ?  I still am burned about that as that was the ONE, single thing, I was looking for.  Thanks to this amazing recipe posted on Facebook, I would settle for this, but alas, trying to find rootbeer in Mexico?  Um, wow.  Dead end.  So on my to do list next week?  Make homemade rootbeer, make a homemade Shamrock Shake (Thanks Mrs Dixie!) , and make the recipe below.  Who’s with me?  We’ll make a day of it….:)

No kidding, this sounds amazing – and if you love rootbeer floats, um, DUH!?  WHOA!  Okay, so I was disappointed and trust me, even though tis was a HUGE, HUGE letdown, the trip overall with the amazing people, and being surrounded by an amazing staff?, it took the cake, so to speak.  So all ended well.  😉 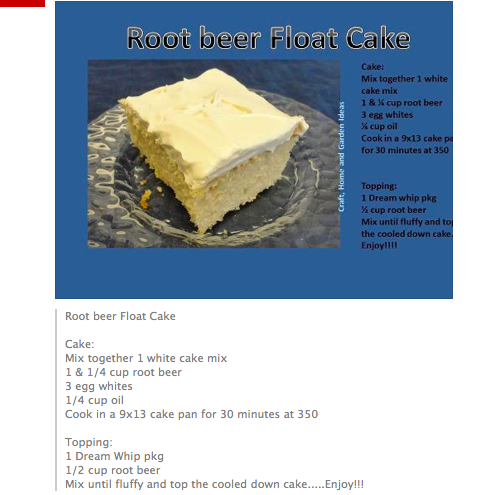